1. The newest celeb to join the ‘own your own wine’ crew? P!nk, although it might not be exactly what you think.

Alecia Moore (aka P!nk) is not just slapping her name on the label. She is the winemaker and she’s integrally involved in all the processes from vineyard to bottle.  Moore and her husband purchased a vineyard in the Santa Ynez Valley over five years ago. She experimented with making her own wine years ago (in the garage at first!), so she knows how to measure sugar, alcohol and acidity. She has even been taking wine classes through WSET and UCLA extension, all on top of touring. This has been kept under wraps for five years, until she gave Esther Mobley, Wine writer at the San Francisco Chronicle, the exclusive story.

What do you think of celebrities who make the leap into winemaking? Will you try P!nk’s new wine?

The Google-owned navigation company originally rolled out the service in just a few states in 2016, but last week they announced that it will now be available in all 50 states. Waze is reportedly much cheaper than competitors Lyft and Uber and will be focusing on carpool rides for users to share a car with multiple people. Users will also be able to schedule future carpools with the app as well.

Ridesharing services are definitely becoming a necessary part of everyone’s travel itinerary. What rideshare service will you opt for?

Condé Nast revealed their Top Hotels and Resorts this week. There were 30 top hotels on the Southern California List chosen by readers, but the top three were all Kimpton hotels. The Kimpton Rowan Palm Springs, Kimpton Solamar in San Diego and the Kimpton Shorebreak Hotel grabbed the first, second and third spots, respectively. It sounds like Condé Nast readers love their Kimptons!

Did you vote in the Condé Nast Readers’ Choice Awards? What are some of your favorite hotels?

JetBlue has been having a tough year. The company’s stocks are down 11% and they are having a hard time competing in a market with larger players. Their plan to buy Virgin Atlantic to help expand fell flat after they were outbid by Alaska Airlines. The company has announced plans for growth using their existing hubs in Boston, New York and Fort Lauderdale in order to get on the level of more established competitors. Get ready for more blue!

Do you use JetBlue when planning travel itineraries?

5. Mexico’s Valle de Guadalupe is a booming wine region that is also experiencing some growing pains.

Valle de Guadalupe in Baja California, Mexico, is one wine region that has been growing in recognition since the 1990s. About two hours from San Diego, this region is drawing tourists for its foodie scene, architecture and wines that are quickly gaining popularity. Rapid growth comes at an expense, however. Locals are worried that there will be a shortage of groundwater with all the incoming tourism. There is also speculation that the area will lose its rustic charm with the influx of visitors and businesses required to support them.

How does your region deal with rapid tourism growth and its effect on infrastructure?

Don’t forget to subscribe and read up on past Friday Fives below!

About the Author, Sarah Daniel

A passionate traveler and a skilled writer, Sarah Daniel joined McCue as an intern and has become an integral part of the team, supporting clients as an Account Coordinator with media research, pitching, writing, social media content development and reporting.  She is a social media savant and enjoys telling client stories through content creation and paid strategies. 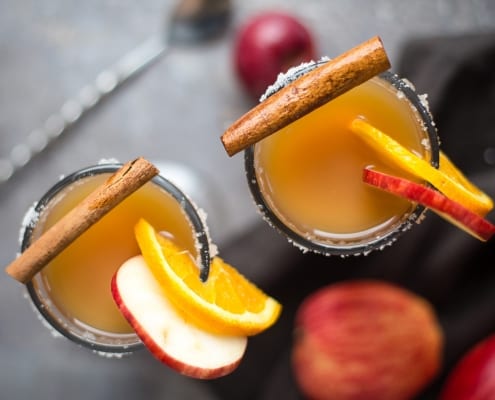 Team McCue Takes on the WSET

3 Halloween Ideas from Influencers We Love
Scroll to top