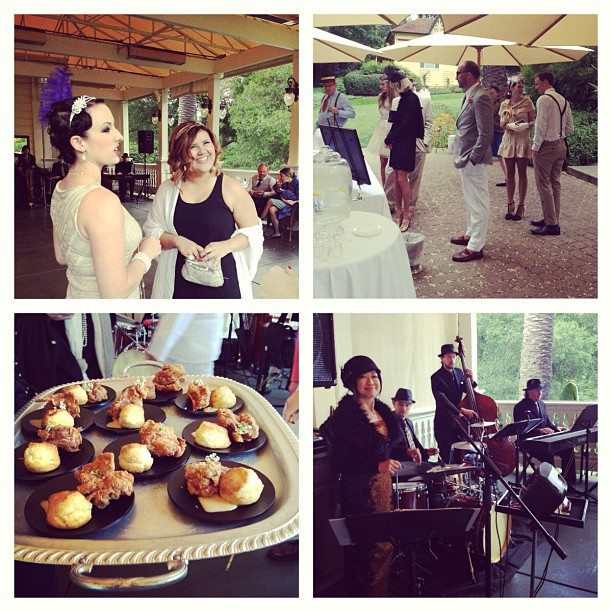 Goal: Create consumer and media awareness of Madrona Manor by creating a buzz-worthy event that would showcase the property, cuisine, and beverage program.

Situation Analysis: With travel and lifestyle always looking for new properties, or new angles of a property, to cover, McCue wanted to create an event that was newsworthy. McCue’s strategy was to leverage the buzz surrounding the Baz Luhrmann remake of The Great Gatsby and create an event that highlighted the best qualities (beauty of property, Michelin-star cuisine, historical significance) of Madrona Manor.

Actions: McCue conceptualized, planned and executed “The Great Gatsby Soiree,” an afternoon lawn party held just prior to the release of Baz Luhrmann’s highly-anticipated remake of the classic American film. The event featured decor, costumes and live music from the Gatsby era (1920s) as well as a menu of gourmet appetizers and vintage cocktails inspired by dishes mentioned in the book. McCue developed a public relations campaign that included creating an original logo for the event, ticket giveaways on radio stations in our target markets, charity partnerships, social media programming and editorial placement.

Sample of Media Results: In three months, we garnered more than 32 million media impressions, including:

“Working with McCue Communications has been fantastic.  The personal attention you get from Michelle, Anne and Gregory made us confident right away that they understand our property.  Their whole team really understands the benefits and inner workings of social media and have boosted our exposure far beyond our expectations.”