With a public relations career spanning nearly 30 years, Elizabeth Borsting joined McCue PR in the fall of 2019.  She got her start in the industry penning celebrity profiles while interning at Rogers & Cowan before transitioning into the world of retail and fashion where she further honed her skills in the public relations office at the California Mart.   She went on to serve as the publicist for the American Diabetes Association where she helped to promote such events as Woman of Valor honoring Goldie Hawn and the annual Celebrity Waiters Brunch.

In 1995 Elizabeth was hired as the public relations manager aboard the Queen Mary Hotel and Attraction in Long Beach where she spent the next few years overseeing the ship’s publicity efforts both domestically and abroad, as well as serving as the ship’s spokesperson. She often appeared in front of the camera on a number of news programs, from local news to the BBC and CNN, helping to promote the ship. A few memorable highlights was spending the afternoon touring the ship with Prime Minister Margaret Thatcher and welcoming Prince Michael of Kent on board.

Before the end of the decade, Elizabeth would start her own public relations consultancy representing restaurants, chefs, sommeliers, destination marketing organizations, hotels and inns.  She also promoted and organized special events on behalf of her clients, including Yard House which was her very first client and one she worked with for nearly 20 years and oversaw some 60 restaurant openings.

In addition to her work in public relations, Elizabeth is also an award-winning travel writer and author of nine books.  For many years she served as the Coachella Valley restaurant writer for Gayot and continues to write travel features for various media outlets.  Her work has been published in National Geographic Traveler, Los Angeles Times and Orange Coast Magazine, just to name a few. 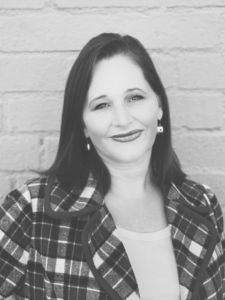